The JazzyPay Journey: Our Founders’ Story 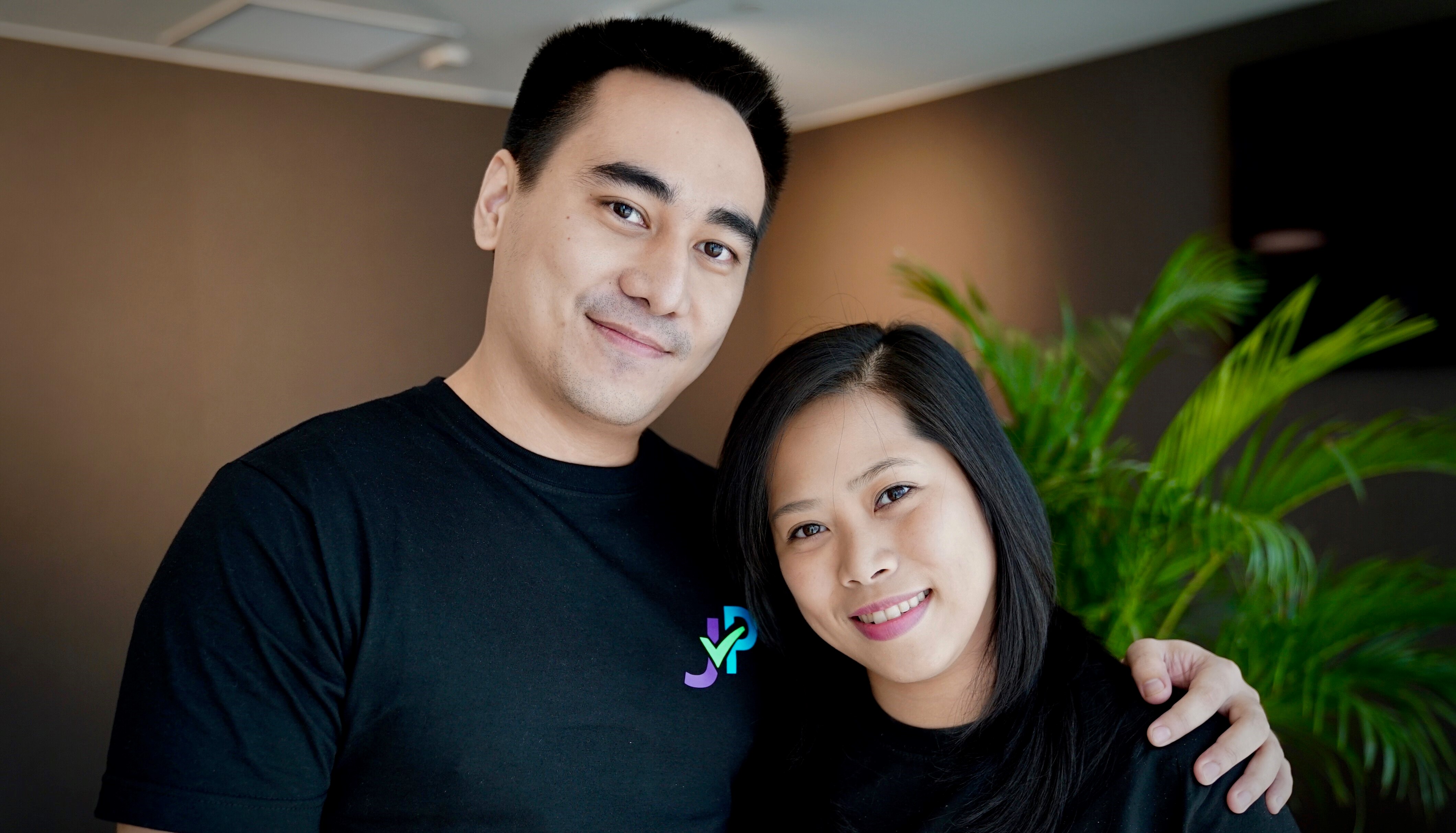 The JazzyPay Journey: Our Founders’ Story

Establishing a reliable digital payment gateway provider for local businesses didn't happen overnight. Allow us to take you to a trip down memory lane as we reveal our humble beginnings and introduce you to Joshua "Josh" Marindo and Kathleen "Kath" Acosta, the founders of JazzyPay who are determined to help your business grow.

The makings of first time entrepreneurs

Josh and Kath had each other’s backs from the very beginning. We go back to their college days, with Josh as a Computer Science student juggling his studies with various tech freelance work, and Kath as a culinary student sharpening her marketing and business skills. Having worked on software development projects for both local and international clients, Josh discovered his desire to start his own tech based business, readily supported by Kath.

Even before graduating, the founders already began to conceptualize and slowly build the foundations of their first company. “Ako actually yung first investor [I was actually the first investor],” Kath revealed. “We only started with 5,000 pesos”. Josh also shared, “It’s a funny thing to say, pero nasimulan namin yung business [but we were able to start our business] from our own pocket money as students.” After finishing their studies, they were able to successfully launch Tekibears Software Solutions, Inc., where they provided software development and surveillance solutions to their clients.

However, being young, first time entrepreneurs was not an easy feat, and both founders had to learn the ins and outs of running a business on their own--from negotiating with clients’ company executives to establishing their credibility to small businesses and large corporations alike. Doubts also rose from potential clients as most of their initial sales came from online postings, where frauds and scams were rampant. But aside from handling deals and taking on the challenge of gaining clients, one of their biggest hurdles was figuring out how to be taken seriously as young entrepreneurs.

“Kath and I Iearned how to present ourselves professionally to more seasoned entrepreneurs in our field because otherwise, we would never have been taken seriously due to our age,” Josh recalled. Indeed, age stereotypes are ever-present in the corporate world, which fueled them to persevere even harder to be given opportunities for growth. At the same time, Kath also faced a different kind of discrimination as a female founder with no tech background.

So how did they respond? They countered reluctance and prejudice by cultivating resilience. Actions speak louder than judgements, and as the protagonists of their own journeys, Josh and Kath gave their all just to make their first business work. “The stigma will always be there, and all we could do to prove the cynics wrong was to work hard,” Kath said, recalling the things she did just to gain extra funding--from selling baked goods during the holidays to working on accounting jobs for her parents on the side. Slowly but surely, their first business venture gained enough traction and became a reliable source of revenue for the two first time founders.

Although their first business was already successfully stable and was continuing to soar into new heights, Josh and Kath realized that it was not the right path for them to take as entrepreneurs. “We realized that we had something we wanted to work on on our own, which is the payment infrastructure in the Philippines,” Josh shared.

This epiphany came about after both Josh and Kath experienced the effects of not having the option to pay digitally in local hospitals, where only cash payments were available. During medical emergencies, crucial treatments were delayed, and what was supposed to be an easy transaction to receive much-needed service became a matter of life and death. Their personal experiences became their main motivation to start JazzyPay. Josh and Kath mutually and determinedly decided to drop everything and start working on a remedy for the lack of accessible digital payment systems in the Philippines, even if it meant that they had to go back to square one.

“Frankly, we were scared. During that time, I really thought that we already made it. We had so many reputable clients, and we managed to grow our initial capital of 5,000 pesos to a business that was generating hundreds of thousands of monthly revenue. So letting go of it to focus on something completely different was a big risk,” Kath admitted. “But at the same time, we just knew that we could make a real difference with what we wanted to pursue, so we were definitely nervous, but also strangely excited at the same time.”

With a clear vision in mind, Josh and Kath began their venture into JazzyPay. As they had to start a company from scratch all over again, challenges were once again faced in terms of financing the business and looking for partners. Finances were bootstrapped, endless fundraisers were conducted, and in the early stages of JazzyPay, the founders personally visited schools, clinics, and hospitals to present their product. Even if they were met with skepticism, Josh and Kath powered through the doubts, because they knew that what they were pursuing wasn’t just an income-generating business, but a real service that had the potential to help so many people and make a real change in the Philippines.

Josh and Kath at one the Philippine Startup Conventions in SMX Mall of Asia, discussing the benefits of JazzyPay to customers, business partners and potential investors. (July 2017)

With hard work and tireless perseverance, Josh and Kath finally got their well-deserved break in 2018, when JazzyPay reached new heights after receiving an investment from no other than tech and investor giants Rakuten and Techstars. Out of more than a thousand startup applications, JazzyPay was the only company from the Philippines to participate in their accelerator program, wherein aside from gaining necessary funding, Josh and Kath earned access to Techstars and Rakuten’s portfolio companies and received mentorship from seasoned entrepreneurs. 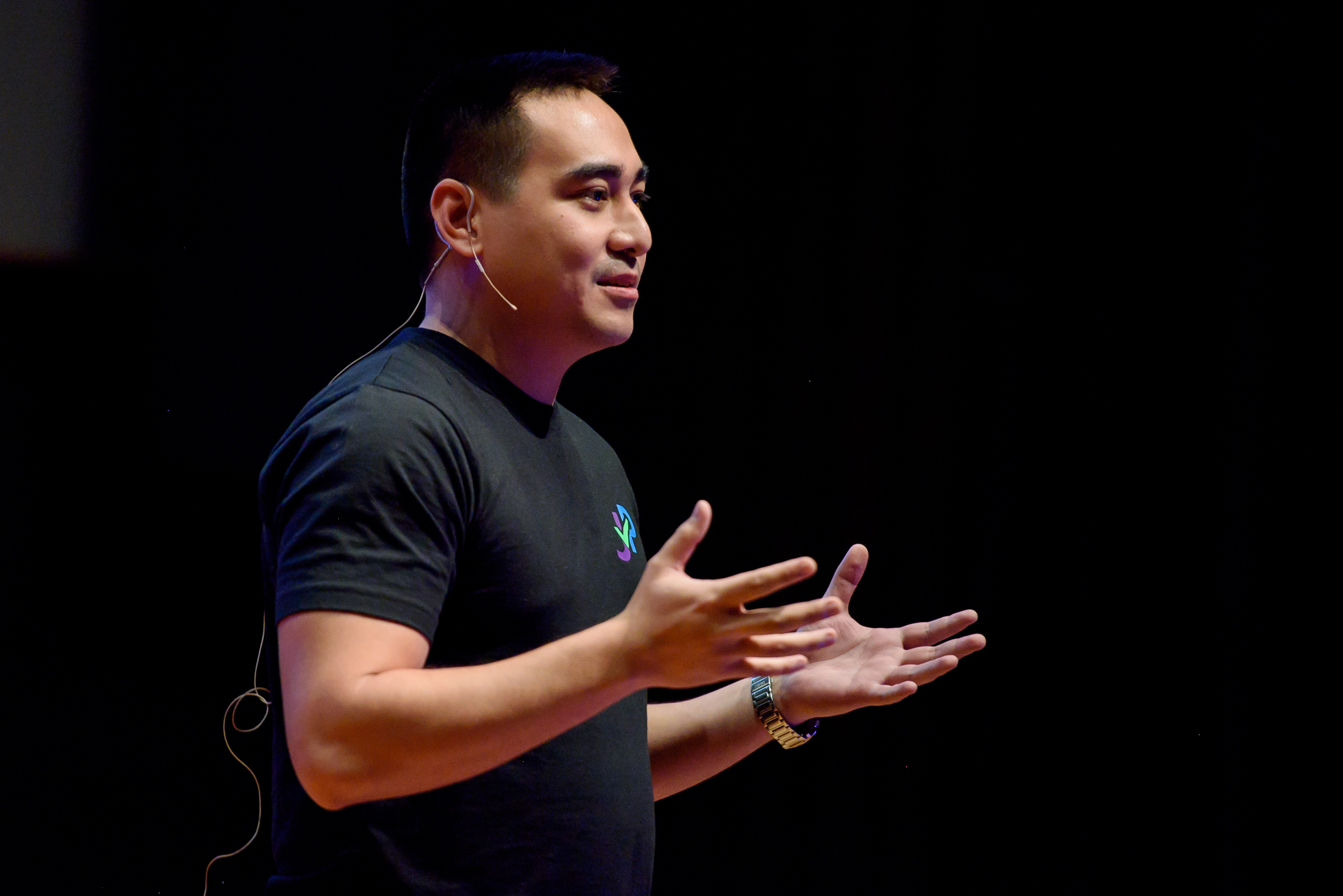 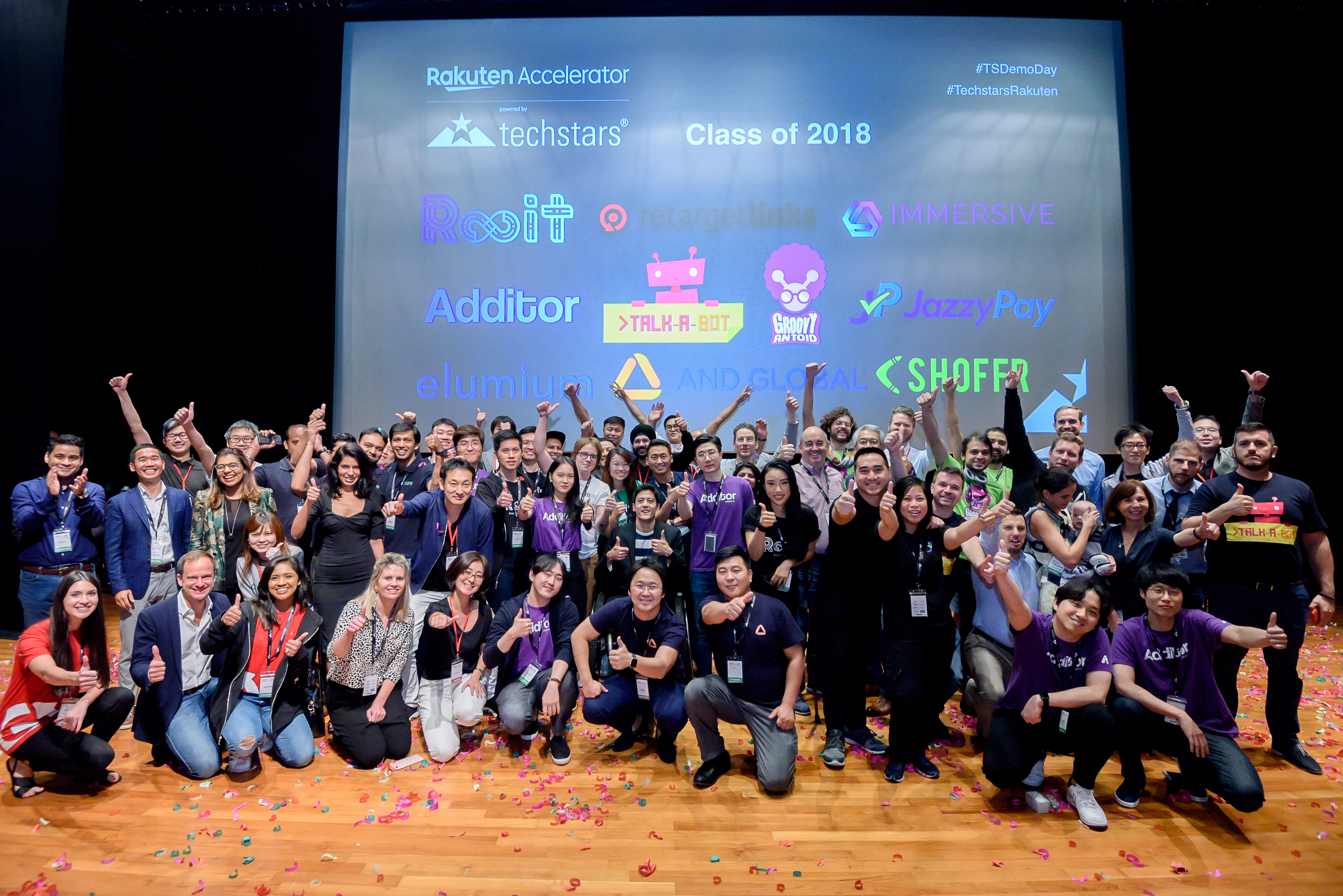 Significant developments followed suit after their first funding, including the improvement of the website and app’s interface, the addition of more useful features, and the acquisition of JazzyPay’s Operator of Payment System license from the Bangko Sentral ng Pilipinas as well as the attainment of the highest PCI DSS certification level for security required for fintech companies.

When asked how they managed to power through their initial hardships, Josh and Kath immediately credited their teamwork as well as the fact that they had both been each other’s support systems. “We’re practically opposites,” Josh said in a fond tone. “I’m more quiet and reserved, but fortunately, I can rely on Kath when it comes to customer relationships. She’s always bright and enthusiastic whenever we meet with partners and leads. I can rely on her creativity as well, because she has ideas for JazzyPay that I never would have thought of myself.”

Kath countered by highlighting Josh’s strengths as well, saying, “But even if he’s not more of a people person like me, hindi niya pinapakitang napapagod siya during meetings [he never shows that he’s tired during meetings]. He’s always focused on his goals. When I got worried before na wala pa kaming investors, siya, calm pa rin [When I got worried before that we still didn’t have investors, he still remained calm]. He doesn’t let his emotions get in the way of business no matter how hard it gets.”

But above anything else, it was their goal of starting a business that could truly help people was what kept them going. Josh shares, “Knowing that we were running towards a worthwhile cause was enough to keep us going. Getting to where we are now was never easy, but we’ll always be proud of ourselves because we know we’re fighting the good fight.”

Having secured another investment for JazzyPay, Josh and Kath plan to utilize the raised funds to broaden the company’s network of partner merchants and reach more business owners while focusing on partnering with the target market of essential service providers. With their perceived advancement in the future, the founders also plan to add people who share the company’s vision to their current team of seven driven millennials.

Meanwhile, Josh and Kath also expect to keep growing as entrepreneurs. “Our journey with JazzyPay is a never-ending learning opportunity. We always feel like we’re learning new things everyday, and we can only use our experiences to continuously make progress.” Josh shared.

Kath also emphasizes the importance of not only becoming a successful entrepreneur, but also being a good employer and leader by making sure that there is always a sense of belongingness and inclusivity within the workspace. “As a female founder leading a startup, I’m familiar with the struggles and discrimination that female professionals face on a daily basis. That’s why I’m passionate about having inclusivity in our team, and truly proud that we have it.” she continues, “I want JazzyPay to continue being a company that stands for equality, because female entrepreneurs can encourage more female professionals to begin their own endeavors. And women can definitely get any job done.”

From starting with only 5,000 pesos for their first business to successfully establishing a new company from the ground up, Josh and Kath have truly come a long way. However, they never become complacent, and hold a promise to always find new ways to grow and improve as a company, as entrepreneurs, as leaders, and simply as individuals working towards a meaningful cause.

This awesome feature is coming soon!